For Self Healing – Friends – Clients

Outline Itinerary for this Module:

Day 1 & 2: Two days training will be given, to begin the voice development with the sound, toning and vowel sounds. Notes can be taken of  your experiences.  Day  3: will be held 3 -8weeks later.

The Toning and Meditations forms can be filled in on the course and at home afterwards. To show the changes and development  in your spiritual growth.

Practitioner Training in the Healing Voice

The Course Qualification and Benefits

Once you have completed the The Healing Voice you will be:

This course has been developed to support you in your Spiritual Growth through the process of developing your voice.  Your Teacher Dee Banton have over 25 years of experience in Sound and connects directly with White Buffalo Calf Women, channelling sounds and tones, known as wobbly voice and light language.  By choosing to take this module, you will come under the direct guidance of White Buffalo Calf Women yourself, and will learn these techniques, and supported ongoing on all realms.

What is Unique about this course?

This form of teaching is unique, it allows your spirit and soul to connect on a deep level to heal deep rooted traumas, family and individual patterns, relationships, even physical illnesses, etc: at the root cause being in this life, a past life, or future life.  The mind and the body cannot access these deeper levels. The voice holds no concepts in the mind that the mind can explain. So we can by pass  the outer self, with the gentle and illuminating sounds, which resonate to the frequencies we need to heal.

Sound healing with the voice, works through resonation.  Most illnesses, mental, emotional and spiritual blockage, occur and the molecules in our dan structure, get stuck together, when we have a mental unbalance thought, or belief. An emotional imbalance, shock or trauma.  Illnesses and problems in the body, can be ignited by trauma or death of a previous life.  When we chant, tone and use light language, we create sound, colour and light. Plus light language which is symbols and shapes that hold the keys to knowledge and time, opening a doorway to consciousness, and the release of lower conscious conditions/ thoughts/ feelings. 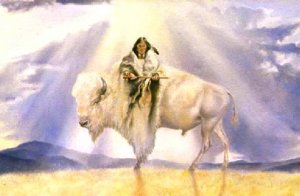 Return of the Rainbow Warriors

Over the years people have been inspired by the Native American Indian Prophecy, “Warriors of the Rainbow.”

There will come a time when the Earth grows sick and when it does a tribe will gather from all the cultures of the World who believe in deeds and not words. They will work to heal it…they will be known as the “Warriors of the Rainbow.

When these things began to happen, the Indian people would be all but helpless. But then a new light would come from the east, and the Indians would begin to find their strength, their pride and their wisdom. The legend said they would also be joined by many of their light-skinned brothers and sisters, who would in fact be the reincarnate souls of the Indians who were killed or enslaved by the first light-skinned settlers. It was said that the dead souls of these first people would return in bodies of all different colours: red, white, yellow and black. Together and united, like the colours of the rainbow, these people would teach all of the peoples of the world how to have love and reverence for Mother Earth, of whose very stuff we human beings are also made.

‘Under the symbol of the rainbow, all of the races and all of the religions of the world would band together to spread the great wisdom of living in harmony with each other and with all the creations of the Earth. Those who taught this way would come to be known as “the warriors of the rainbow”. Although they would be warriors, they would carry with them the spirits of the ancestors, they would carry the light of knowledge in their heads and love in their hearts, and they would do no harm to any other living thing. The legend said that after a great struggle, using only the force of peace, these warriors of the rainbow would finally bring an end to the destruction and desecration of Mother Earth and that peace and plenty would then reign through a long, joyous and peaceful golden age here on Mother Earth.’

White Buffalo Calf Women appeared to the Lakota Tribe as a beautiful Indian women wearing buckskin, she came with the teaching of the Medicine Wheel with her Medicine Bag and the Pipe of Peace.  When she had completed the teachings she left, but after she had walked a short distance, she faced the people and sat down on the prairie. The people gazing after her were amazed to see that when she stood up she had become a young red and brown buffalo calf. The calf walked further into the prairie, and then lay down and rolled over, looking back at the people. When she stood up she was a white buffalo. The white buffalo walked on until she was a bright speck in the distant prairie, and then rolled over again, and became a black buffalo. This buffalo walked away, stopped, bowed to the four directions of the earth, and finally disappeared over the hill.

The four colour of the buffalo, represent many things including the changing of the seasons and the representation of all races, all colours, all people of the earth.  The legend says that when the white buffalo appear on earth the healing will begin.

In 2007 I visited the a White Buffalo Farm in the Sacred land of Spirit Mountain, USA.  Where a family of White Buffalo live and expand! The time of the Prophecy is here and now!